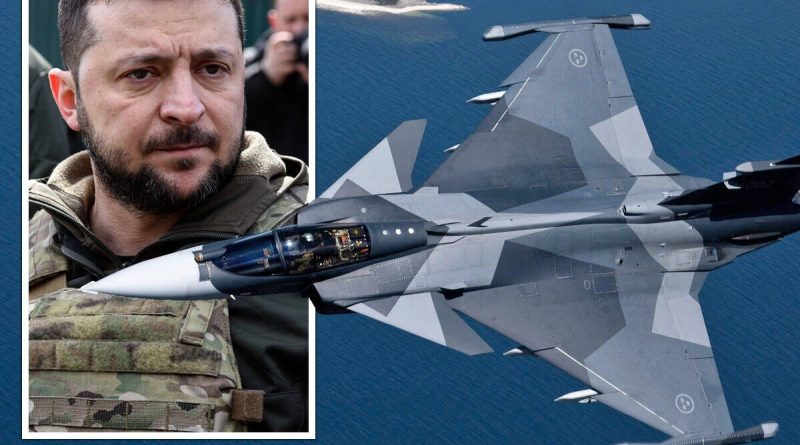 According to statements made by Sweden’s Minister Of defense Pol Jonson on Sunday, Sweden does not want to sell its cutting-edge Saab JAS 39 Gripen jet fighters to Ukraine.

Kiev has indicated in the past that it was interested in obtaining contemporary aircraft from its Western sponsors, which included Stockholm.

At a news conference that Jonson was co-hosting in Odesa with his Ukrainian equivalent, Aleksey Reznikov, he was asked for his opinion on whether or not Gripen planes may be deployed to Kiev for its confrontation with Moscow. Jonson declined to answer the question.

There are currently no immediate intentions to deploy Gripen aircraft to Ukraine. I want to be transparent on that, although I believe it’s a really nice plane,” he remarked, bringing to everyone’s attention the fact that numerous EU nations operated this particular sort of aircraft.

Reznikov did not provide any follow-up statements; nevertheless, in an interview that he gave to Politico in October, he stated the hope that Kiev will ultimately obtain Western military weaponry that is considered to be of the most recent technological advancement. At the time, he was quoted as saying, “I am convinced that [shipments of] fighter planes like F-16s, F-15s, and Gripen from Sweden will be conceivable.”

Late in November, Swedish Member of Parliament Magnus Jacobsson stated that the answer to Ukraine’s request to purchase JAS Gripen aircraft should be “yes.” It does not get much more complicated than that.

In spite of this, the rules that the Swedish government has established on the export of guns specify that, in general, arms should not be sent to “a state embroiled in a military confrontation with another state.” They also state that the export of weaponry may be permitted under certain circumstances, such as when there are security and defense policy grounds for doing so and when the action does not go against Sweden’s foreign policy.

Midway through November, the Swedish administration announced “the greatest to date” support package for Kiev with a total value of 2.5 billion Swedish krona (about $290 million). This was despite Stockholm’s indication that supplies of Gripen planes to Ukraine are not included in the works. The assistance comprises a variety of different methods of assistance, such as air defense systems light all-terrain vehicles, wintertime equipment, body protection, and so on.

Late in the month of February, as Russia began its military action in Ukraine, Sweden, together with its Scandinavian neighbor Finland, submitted an application to join NATO, therefore abandoning its decades-long policy of remaining neutral in international affairs. The request was granted by the military alliance that is commanded by the United States, but their applications have not yet been accepted for all 30 members of the bloc. The decisions of Hungary and Turkey about the topic are still up in the air.

Moscow has sent many warnings to the West, urging them not to provide Ukraine with arms and claiming that doing so would only make the conflict go longer. Putin is at war with every EU member