Another key distinction between then and now, in my view, is that citizens of Nazi Germany or Soviet Russia would not go along with all that was sold to them based on the government’s word at the time (or the dozens of other such totalitarian regimes spread throughout the world before and since). Even though there is widespread censorship in the Western world today, some information still manages to sneak through.

The World wide web is not so tightly controlled that no content with an opposing viewpoint can make its way to the eyes and ears of the general public. In point of fact, there isn’t much that can be stopped dead in its tracks. You can discover virtually anything if you hunt for it diligently enough. How come this is the case? — People are conditioned to disregard it most likely because there is no pressing need to entirely block it out of their perceptions.

A person may be executed in Germany or Russia at the height of their respective countries’ censorship efforts if they were in possession of alternative news sources (truth). If it did make its way into the public domain, it was almost certainly read or listened to, and it was avidly consumed, though perhaps not by everyone. There were always diehard Soviets, Stalinists, Leninists, and in Germany, Nazis who’d been dedicated to the cause. In the United States, there were also diehard Nazis. If I had to offer a guess, I’d say that the majority of these individuals are psychologically controlled by their handlers.

Even though alternative information is made available to the general public through alternative sources, it is still categorically disregarded and disregarded with contempt. This demonstrates how effective the brainwashing campaign has been up to this point. This practice, in and of itself, constitutes a form of censorship because it undermines the trustworthiness of both the information and the individuals who receive it.

This situation is like getting hit with two blows at once. If these alternative news items are blocked (censored) from the permitted news conveyors, they are then labelled, and if they appear anywhere else, they are immediately regarded as unreliable, conspiracy stuff, and untrustworthy information; they are misinformation.

The exact same thing happens both with the news delivery services and with the people who are the actual sources of the information (the experts, the witnesses, the scientists, etc.). Because individuals are not frantically hunting for news that is not sanctioned by the state, the state does not have to be concerned about such news items making their way into the public sphere. The minions, also known as sheep, have received an acceptable amount of brainwashing, and as a result, they do not have the slightest interest in anything that the state does not sanction.

The devastation that has been caused is plain to see. Given the unpredictability of the world as it exists right now, information is of the utmost significance. And when a silent enemy is formed and released on the general populace (the mass produced virus), the one and only method for controlling its “death ray of obliteration” as defined by the state is to acquire information about it; unfortunately, the state is the sole information source and it is the only source that is sanctioned. 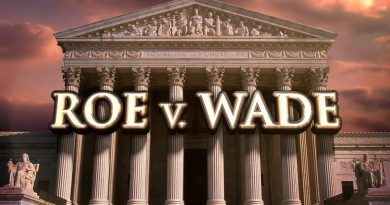