This year, a record amount of Migrants and Refugees Seeking Entry to the US have put their lives in danger by attempting to traverse the Darién Gap, which is a 66-mile mountainous section of extremely hostile rainforest that lies between Colombia & Panama.

The National Migration Service of Panama reports that between January and September, more than 151,000 individuals, including at least 21,000 children, made the journey over the country’s border.

Related: A Bus Full of Illegal Aliens Was Delivered to the Border Czar Kamala Harris’ House

The journey may take up to a week and a half, and it is fraught with dangers such as steep ravines, sudden floods, and even very toxic spiders and snakes. There are also contributions towards the landscape that were made by humans, such as landmines left behind by the United States military, which used the Darién as a training ground during the Cold War for its mission to protect the world from capitalism by practicing dropping explosives devices over the region.

A society that is safe for capitalists is generally a world that is very hazardous for people. This was true in the past, and it is true now. And while the United States continues to uproariously fortify its borders in order to make certain that low-income people would never have the same mobility rights as corporate capital, a sociopathic policy is being carried out over the bodies of migrants more than thousands of miles away as in Darién Gap.

Record Amount of Migrants and Refugees Seeking Entry to the US and Biden Is Upset That Republicans Are Transporting Illegal Aliens To Cities Controlled By Democrats.

There is a thriving market for people traffickers because the world’s most disadvantaged people are, for the overwhelming part, refused a legal route for migration to the United States that is both safe and secure. People who are in dire situations are easy victims of criminal organizations. Rape and other forms of violence are commonplace in the Darién region; only recently, a youngster of six years old was allegedly shot “for crying as gangsters sexually abused his mother.”

When I was detained for visa violations in Mexico’s infamous Siglo XXI migrant detention facility in July 2021, I had the chance to hear firsthand about the horrors of the Darién. Siglo XXI means “21st century” in Spanish and is situated in the city of Tapachula, which is located in the southernmost border region of Mexico.

Because I had a passport from the United States, I was somewhat of an outlier in Siglo XXI, which was an overcrowded and abusive prison. In line with the United States’ practice of pressuring Mexico to carry out its “anti-migrant dirty work,” the purpose of the prison is to prevent people from Central and South America, as well as migrants as far away as Africa and Asia, from moving northward toward the United States. My fellow prisoners at Siglo XXI were both amused and confused by my deathly dread of being returned home to the United States, which was the same place that they are risking their lives to reach. I include this in my upcoming book, Inside Siglo XXI, where I explain this phenomenon.

Despite this, they showed me sympathy, and solidarity, and gave me 1/2 of a floormat to rest on — an attitude of friendliness that markedly defied the 21st-century institutional inhumanity to which people were being subjected. They provided me with a place to sleep on the floormat. My traveling companions had no idea that if they had made it to my unlivable homeland, they may have been compelled to endure additional dehumanizing absurdity in the form of being bussed among states in the lead-up to the midterms this year as US legislators competed for the heartlessness award.

While I was in prison, I overheard several of the ladies talking to each other about their experiences crossing the Darién Gap. They talked of the ever-present threat of famine and dehydration, of individuals who had entered through one side but never come out, and of a 13-yr-old girl who was raped many times along the journey. They also spoke of others who had gone on one side but never come out. They thought back to all of the dead bodies that they had seen along the way, which had driven home the point that they needed to keep going. A Cuban inmate related a story from a ravine in Darién in which a group of her compatriots had saved other migrants from dying and becoming corpses themselves. The story took place in the ravine.

In point of fact, it looked that the extraordinarily harsh landscape of the Darién served as the background for great magnanimity, just as it did in the Siglo XXI, despite the fact that none of this proved it worthwhile to go through with it. Another inmate said that, at least as in Darién, you were preoccupied with moving ahead and overall survival, but the prolonged limbo of immigration detention just enabled your trauma to play catch-up with you in the long run.

Shortly after my shortened prison sentence — from which I was cleared in full compliance with gross imperial entitlement, and was not even kicked out of the country from Mexico — this same Voice of America revealed the vast psychological trauma as well as other harmful health effects of crossing the Darién Gap like a migrant. This was shortly after my shortened stay in prison, during which I was released from prison in full compliance with gross empire privilege, and was not thrown out of the country from Mexico. In response to a question from Voice of America regarding the United States “role in the Darién Gap,” a spokesperson for the United States Department of State provided some boilerplate language about the government’s efforts to “improve Panama’s national asylum capacity [as well as] ability to deal with irregular migration.”

These non-solutions do not address the primary issue, which has absolutely nothing to do with Panama and everything to do with the United States, and they fail to solve this issue. And the culpability that the United States has for the deaths and traumas that have occurred in the Darién region goes far further than its strategy of criminalizing “irregular” migration to northern countries. The foreign policy of the United States, along with decades of ravaging the hemisphere both militarily and economically, is directly responsible for creating the circumstances that cause many people to leave their homes in the first place. 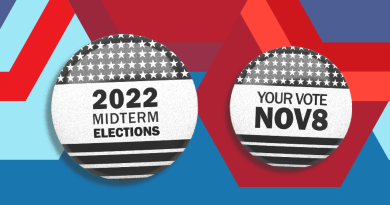 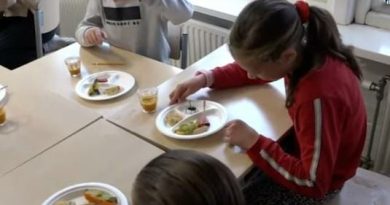