As a citizen, I am really worried about the course that our politicians want and are leading us on.

There is an unprecedented amount of evidence about lies and attempts to hide the truth around this JAB. I am neither a medical professional nor a scientist, and Nor do I have any intention to be. I’m a seeker of TRUTH.

A significant amount of censorship directed at real truth seekers, backed by large pharmaceutical companies, is intended to prevent us/them from revealing the truth.

Those in power today are NOT leaders of Countries, they are DRUG PROMOTERS.

In Canada, many lawsuits have been filed against the provincial and federal governments for their conduct concerning this emergency-supported JAB, and lawsuits are still pending.

The information has been compiled via the efforts of thousands of our supporters, some of whom are law enforcement officers, medical professionals, chiropractors, immunologists, and graduates of Harvard University. We are not members of any anti-JAB or conspiracy theory groups. We are ordinary folks who are resolute in our mission to reveal the truth.

There are six key corporations that control the majority of mainstream media outlets in our world. The remainder is subsidiaries, and each of those is being given directions to hide anything that goes against the narrative that lockdowns and these experimental jabs are necessary. This situation is being driven by political motivations, and the governments of these countries and MANY other nations have betrayed their own people.

They are employing the software as well as mail-in votes in order to ensure that their political people remain in government so that they may carry out this plan.

Humans are being fooled on a global scale, and the purpose of the content of this website and the hundreds of other websites that have sprung up seeking to reveal the truth is this: to determine whether or not we all are played.

In order to STOP our nation from becoming a dictatorship, and to free our people from the medical tyranny that is perpetrated by unscrupulous organizations like the WHO and the CDC.

These corporations are now nothing more than JAB manufacturers that are controlled by the same medical cartel that is making us all its victims.

This should serve as a wake-up call to mankind, as well as to our law enforcement, armed forces, and people to reclaim our nation, expose the criminals responsible for its mismanagement, and bring them to justice for their role in committing war crimes against humanity.

WE Shall WIN PEOPLE!

THE WINNER IS GONNA BE THE TRUTH!! 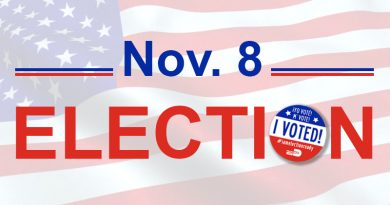 Republicans to retake control of the House