On the early morning of Saturday, Republican Kevin McCarthy was elected as the U.S. House Speaker in a historic vote that took place after midnight on the 15th ballot.

This came after a week of chaos and tension in the House, which had tested the new Republican majority’s ability to govern. McCarthy managed to win the support of more than a dozen conservative holdouts, including the chairman of the Freedom Caucus, by the end of the grueling four-day voting process.

During the late-night session, McCarthy was close to victory in the 14th round but fell one vote short. An altercation almost broke out between McCarthy and other holdouts, including Matt Gaetz and Lauren Boebert, when McCarthy confronted them at the back of the chamber. Republican Mike Rogers of Alabama almost charged toward Gaetz but was stopped by Richard Hudson.

The long and difficult standoff, which has demonstrated both the strengths and vulnerabilities of American democracy, was approaching its dramatic conclusion. Earlier in the day, McCarthy had told reporters that he believed “we’ll have the votes to finish this once and for all.”

The day’s events took a surprising turn when McCarthy agreed to a number of demands made by his detractors, including the reinstatement of a long-standing House rule that would allow any individual member to call for a vote to remove him from office. Despite securing the necessary votes, McCarthy will begin his term as a weakened Speaker, having given away some of his powers and constantly facing the threat of removal by his detractors.

However, he may also be seen as a survivor, having won one of the most contentious fights for the Speaker’s gavel in U.S. history. The last time a Speaker’s vote was spread out over so many rounds of voting was during the Civil War era. 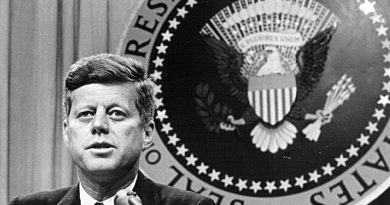 John F. Kennedy: A Legacy of Accomplishment and Tragedy