Where does all the bad originate from? Money? Not at all, not at all. Like a hammer, a wrench, or even a pistol, money is merely a tool that people use.

Whenever I think of evil, the first thing that comes to me is not a firearm, a rifle, or a large stack of one hundred dollar dollars. Instead, I am exposed to talking heads on the evening news that preach fear and misinformation.

I watch groups of activists who are too passionate and too uneducated to know any better setting flame to buildings and pulling stuff down because they have no idea how to construct anything helpful and new. And atop it all, I see a tiny handful of elites hovering and drooling as they daydream about the possible power that might be obtained by exploiting the turmoil. They are licking their chops the whole time.

Evil is the willingness to inflict other people’s misery and destruction for one’s own profit.

It is a really bad thing to be eager to profit from the misfortunes of other people. And these are the icy qualities that today characterize those who identify with the political left.

Over the course of the last several years, there have been a number of criminal incidents and national catastrophes, and liberals have been extremely eager to hijack these situations or use conservatism as a scapegoat for them, often with humiliating repercussions for themselves.

The most recent incident was the shooting at a nightclub in Colorado called “Club Q,” in which at least 19 people were wounded and 5 people were killed.

The following is the response of the mainstream media to the occurrence, despite the fact that they have very few facts to back up their assertions.

When this involves these types of high-profile criminal activities, leftists utilize a technique that is extremely predictable: they start to blame the conservatives & conservative values for the misdeeds of one individual. Give the impression to the public that the event had anything to do with conservatism even if it didn’t. If there was a firearm involved, the responsibility should be placed on the legality of weapons in general if the weapon itself were the issue instead of the mental illness and psychopathy of the person who committed the crime.

As it turns out, the suspect in the shooting at Club Q, Anderson Aldrich, is a member of the LGBT community. Furthermore, Anderson Aldrich identifies as non-binary and uses They/Them as his preferred pronouns. Watch how this CNN anchor reacts when she’s forced to acknowledge on live camera that the culprit does not match CNN’s first story and see how she handles the situation.

She seems to be both offended and perplexed by the information, and the other party members immediately begin to make excuses for her, speculating that the suspect may be lying regarding his gender identification (which is rather ironic). But then why did they respond in such a manner? They are meant to be impartial journalists who only report the information as they become available, right? I am well aware that the very concept is absurd; yet, this should not be the case. We have been used to the fact that the media is a hostile entity that seeks to malign almost half of the people in the United States.

The most recent information on the shooting at Club Q has caused the story to almost vanish from the news streams, making it look as if the incident never took place. Similar to the Waukesha Massacre, which was carried out by a supporter of the Black Lives Matter movement (BLM), or the claimed assault on Nancy Pelosi’s husband, Paul Pelosi, as well as hundreds of other similar incidents in which the evidence do not match the narrative of the establishment.

What specifically can we learn about lefties from the situation that took place at Club Q? Hollywood To Strike Until Every Person Is Jabbed Globalists are of the opinion that mankind will soon be extinct 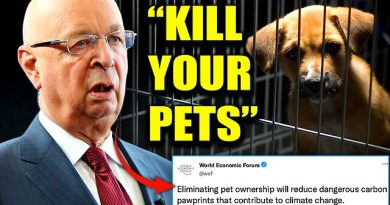