Told you this part wasn’t going to be pretty. I didn’t think it would get to the point where the Wall Street Journal would go full Buck Turgidson and call on the United States to “show it can win a nuclear war,” but I wasn’t entirely off the mark either.

Back in January (i.e., a million years ago), in The Last Days of the Covidien Cult, I wrote:

…we are getting dangerously close to the point where GloboCap will need to go full-blown fascist if they want to finish what they started. If that happens, things are going to get very ugly. I know, things are already ugly, but I’m talking a whole different kind of ugly. Think Jonestown, or Hitler’s final days in the bunker, or the last few months of the Manson Family.”

I don’t know about you, but I kind of feel like the threat of global thermonuclear war qualifies as a “different kind of ugly.” And, OK, before you accuse me of exaggerating the danger of the ungodly mess that GloboCap has made in Ukraine, I’d like to point out that even Thomas Friedman is starting to sound the alarm.

Thomas fucking Friedman, folks … a man with no moral conscience whatsoever, who has never met a GloboCap war of aggression that he could not support, and who has justified the gratuitous barbecuing of millions of men, women, and children without so much as a second thought throughout his long and lucrative career as an A-List mouthpiece for the ruling classes. When The Stash gets nervous, I start to get nervous.

Also, there’s the GloboCap Nazi thing. I’m not exactly a hothouse flower, but I have to admit that watching my liberal friends and colleagues go goo-goo for actual swastika-tattooed, Sieg-healing Nazis have rattled my nerves a little bit. OK … I’m sorry, we’re not allowed to call them “Nazis.” I believe “defenders” is the term du jour.

Seriously, here’s an actual screenshot from The Guardian featuring the leader of the neo-Nazi Azov Detachment…

Oh, and meanwhile, as the rough beast slouches toward Bethlehem, and the former fanatical Covidien Cultists turned fanatical Ukrainian Cultists scream for “more weapons” and “more direct engagement,” and revel in their anguish for the wives of neo-Nazis, the official history of the 2020-2021 Covid pandemic is being written and the actual history being memory-holed in real-time, right before our eyes.

For example, you might have seen this video of Bill Gates reciting some of the basic facts that we “Science-denying conspiracy theorists” have been censored, de-platformed, demonetized, demonized, and otherwise relentlessly persecuted for reporting for the past two years as if these facts had just been discovered. In terms of gaslighting, it doesn’t get much better.

And then there’s the massive number of deaths and injuries caused by the totally “safe and effective, non-experimental vaccines,” the extent of which damage is becoming undeniable, but which is nevertheless being adamantly denied, and which will be disappeared from the official history. 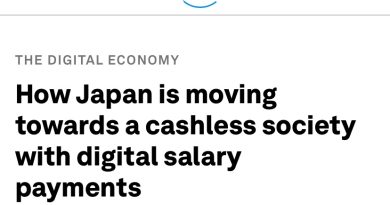